Gradient, a San Francisco, California (U.S.)-based startup, has announced the development of a home window heat pump that will provide cooling and heating year-round, make use of a “climate-friendly refrigerant” – possibly propane (R290) – and reduce greenhouse gas emissions by 75% compared to conventional systems.

Gradient said the heat pump will be commercially available, initially in the U.S., before the summer of 2022, and is inviting consumers to sign up for its “exclusive beta program.”

The “space-saving” heat pump is designed for window installation, with two box-like components – one inside and one outside –  connected at the top by a platform that lies across the base of a window. The unit “is designed to be easy to install and does not block the view like a traditional window AC unit,” said Gradient.

Gradient has its eye on R290 as the refrigerant for its heat pump. “We think R290 would be a very efficient and environmentally friendly solution,” said Vince Romanin, CEO of Gradient, in a email communication. “But there are still standards changes that need to happen before we know what our next step will be. We’re looking forward to working with groups like UL to make the U.S. a leader in efficient and environmentally friendly refrigerants.”

He added that Gradient has seen “a lot of movement toward R290 across the globe (although less so in the U.S.).”

The charge limit for R290 in air conditioners or heat pumps in the U.S., set by the UL 60335-2-40 standard, is three times the LFL (lower flammability limit), or about 114g. That is less than what is stipulated in the global standard, IEC 60335-2-40, which allows about 1kg  of R290  in indoor appliances in a very large room. A revised version of IEC standard is expected later this year or early 2022.

Asked how much R290 would be used in the Gradient unit, Romanin said that it would depend on factors such as heat exchanger design, system design, and capacity.  “We’re focused on designing an architecture that minimizes refrigerant amount, minimizes leaks, and makes it easy to recover and recycle at the end of the system’s life.”

Gradient intends that its system will emit 75% less direct and indirect carbon emissions than current systems. This is based on using more environmentally friendly refrigerants, being more efficient, and displacing fossil-fuel heating with electric heat pump heating.

“Our end goal is a fully decarbonized heating and cooling system, which we expect to get to by continuing to push for more environmentally friendly refrigerants, pushing our heating capability into colder climates, and building demand response into our system so that it can work better with grid renewables,” said Romanin.

Gradient has not yet announced the price of its heat pump, though it will have “the efficiency and power of professionally installed products with similar features at a fraction of the price of those units,” said Romanin,

Backed by Otherlab, a private R&D lab in San Francisco, Gradient has secured over US$9 million in government grants and over US$13 million in venture funding since its founding in 2017.

Gradient plans to expand its market reach to regions outside the U.S. “Our mission is to enable everyone to have access to comfortable buildings, in a way that does not compromise the environment,” said Romanin. “We’re serious about that mission, and solving both the adaptation and mitigation side of climate change requires a global view.”

“We think R290 would be a very efficient and environmentally friendly solution.” 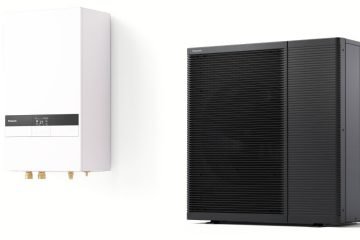 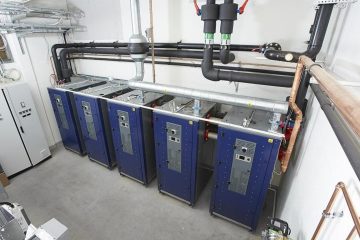