SandenVendo, a Japanese OEM with a factory and U.S. subsidiary in Dallas, Texas, is hoping that standards pertaining to the placement of hydrocarbons-based vending machines in public areas will be revised soon.

Those standards significantly impact SandenVendo. The company, which had been using CO2 as a refrigerant, has transitioned to hydrocarbons in some of its new vending machines. “We just started and brought our factory online with R290 last month,” said Larry Hieb, vice president of engineering, SandenVendo, in an interview at the NAFEM Show in Orlando, Fla., in February. “With California making the switch away from R134a, we built our first production unit as a pilot at the facility last week.”

The American Society of Heating, Refrigerating and Air-Conditioning Engineers (ASHRAE) and Underwriters Laboratories (UL), both U.S.-based independent safety associations, have standards that state vending machines using flammable refrigerants are “not intended for use in high traffic environments such as those used for ingress or egress,” according to the website VendingMarketWatch.com.

SandenVendo is hoping the rules will change. “Until the limitation on placement is resolved,” said Hieb, “it takes out 50% [of the] units placed in grounds of stadiums or other places.”

Lieb said that NAMA is working with industry stakeholders and the standard bodies to allow placement in currently restricted areas. “We do expect eventually the restrictions will be addressed,” he said.

In California, which is phasing down HFCs, new vending machines with HFCs cannot be used, supporting the market for hydrocarbon machines. “[In California] the choice right now is R290 or nothing, or they’ll find an older unit,” Hieb said. 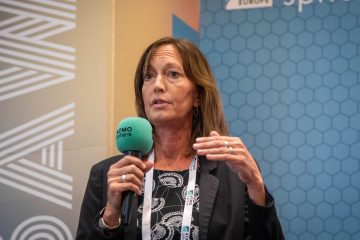