With its global reach, F. Hoffmann-La Roche Ltd. (commonly referred to as Roche) understands the responsibility it shares to help put the world on a more sustainable environmental path. “Eliminating halogenated substances in all areas is a big step to achieving our goals here,” Dr. Joachim Lemberg, Roche’s head of safety, security, health and environment (SHE) data analysis and reporting, told Accelerate Europe at the company’s Basel headquarters.

The Roche Group is split into two different divisions – pharmaceuticals and diagnostics.

The company applies the policy of adopting natural refrigerants where reasonably possible to all the above applications.

The K6 Directive – one of 24 mandatory corporate directives that every part of the Roche Group must follow – guides Roche in discontinuing its use of substances that have a negative impact on the environment caused by ozone depletion, global warming or persistence in the atmosphere with potential long-term negative effects.

“We have a clear target of phasing out these substances 100%,” says Thomas Wolf, Roche’s chief environmental sustainability officer. “We want to eliminate them completely.”

Wolf held Lemberg’s current position until 2012 and was a key figure in getting Roche’s halogenated refrigerant phase-out programme off the ground.

“Other companies harbour similar aspirations to ours, but I can’t think of another firm that’s as progressive in pursuing these goals as us,” Wolf says.

The journey began in the early nineties, when Roche decided to put in place a strategy for dealing with ozone-depleting substances (ODSs). One trigger was the entry into force on 1 January 1989 of the Montreal Protocol on reducing their production and consumption.

“We wanted to stay ahead of any potential new legislation in countries around the world,” says Lemberg.

“On 22 September 1994, we formally adopted the ambition to phase out ozone-depleting substances.”

The first edition of the K6 Directive was published on 22 September 1994. “This is when we formally adopted the ambition to phase out ozone-depleting substances,” Lemberg says.

Roche’s primary target was to eliminate ozone-depleting substances – CFCs, HCFCs and HBFCs (hydrobromofluorocarbons) – by 31 December 2015, which it nearly achieved. Only small residual amounts were left over, which were then eliminated in 2016.

Starting from 95 metric tonnes, that left 9.5 metric tonnes of fluorinated gases (f-gases) – namely HFCs and PFCs (perfluorinated compounds) – in the Roche Group’s inventory. By 2018, there were just 7.5 tonnes of f-gases left. The ultimate goal is to eliminate them all.

While Roche sought to replace ODSs with alternative solutions like natural refrigerants from day one of the K6 programme, in certain cases it installed HVAC&R equipment using HFCs and PFCs as an interim step for business continuity reasons. “But it didn’t take long for scientists to discover that fluorinated gases contribute to global warming,” Lemberg recalls.

Next, Roche set its sights on completely eliminating its inventory of halogenated refrigerants as well. On 20 December 2002, it formally extended the scope of K6 to target a 100% phase-out of both substance classes – ODSs, and HFCs and PFCs.

“We began to adopt natural refrigerant systems at the very beginning of the K6 process,” Wolf says. “Now we’re much stricter about this, after we tightened our approach in the early 2000s.”

New targets on the way

Phasing out halogenated refrigerants entirely poses a number of challenges. In some applications, natural refrigerant-based alternatives are not yet readily available at the scale required by Roche. In others, it is more cost-effective to wait until equipment reaches the end of its useful life.

The third edition of the K6 Directive, adopted on 21 April 2011, took account of this by setting a 90% phase-out as an interim target with fixed timelines. And the current fourth edition, adopted on 1 December 2013, extended the scope of the directive to include leased assets – whereupon a new challenge arose.

As Roche moves towards a 100% phase-out of halogenated refrigerants, soon the group will put in place new targets for the period 2020-2025 – perhaps a reduction by a further 20-25%, Lemberg says

Click here to read the full story in the spring 2019 edition of Accelerate Europe magazine. 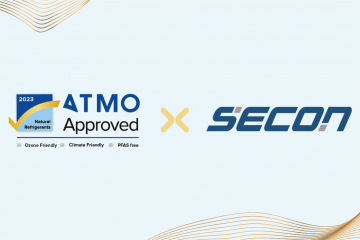 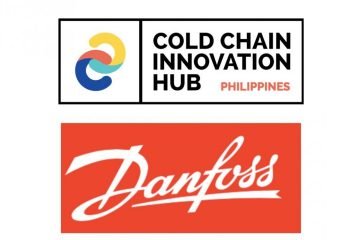 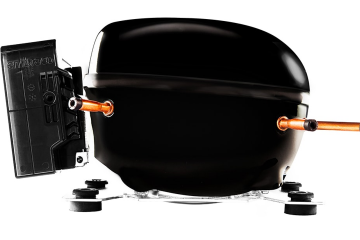