In a sign of growing potential for hydrocarbon uptake in the Middle East, Saudi Arabia-based OEM Petra Engineering Industries Co. (Petra) informed this website that it is currently working on prototyping, testing, and converting manufacturing lines for propane-based (R290) HVAC systems at its manufacturing facilities in the region.

Petra is one of the largest manufacturers of HVAC equipment in the Middle East, supplying large industrial and commercial systems to customers in the oil and gas, data centre, and commercial building sectors throughout the region, as well as overseas in North Africa, the U.S. and Europe.

Samir Hamed, general manager at Petra, told this website that the company is currently working on two projects involving the use of R290 in large commercial and industrial HVAC systems.

The goal of this project, Hamed says is to produce a “final report that will include a performance comparison between the units using the three types of refrigerant”.

As of this month, the project has already been completed and the results will soon be published, according to Hamed.

“We are focusing now on R290 more than any other type of refrigerant because we think that it will be the dominant future option for this industry.”

The second project involves the conversion of “two production lines in our facilities in Jordan from high-GWP refrigerants to R290”.

Hamed said that the company would convert from HFCs (R134a, R407C and R410A) to propane at its facility, which manufactures “large commercial unitary roof-top air-conditioning units up to 400 kW”.

“The project,” Hamed said, “is scheduled to be completed by the middle of 2020 and will be the first ever project of its kind done using R290 refrigerants for large-capacity rooftop units”.

“I was surprised by the many varieties of refrigerant options offered by many manufacturers at Chillventa 2018,” Hamed said.

“Especially with natural refrigerants,” he continued, “which seems to be growing much more quickly than I expected being an expert for 25 years in this field”.

Hamed said that Petra would be concentrating its effort very much on R290 in future.

“To be honest, we are focusing now on R290 more than any other type of refrigerant because we think that it will be the dominant future option for this industry to provide sustainable, climate-friendly air-conditioning systems.” 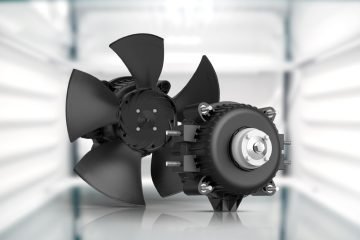