For the past decade, the Washington, D.C.-based Association of Home Appliance Manufacturers (AHAM) has been playing “whack-a-mole” when it comes to transitioning to isobutane (R600a) refrigerants for home refrigerators, said Kevin Messner, its senior vice president, policy & government relations.

That is, as soon as one issue is addressed, another one pops up.

“We’re an industry that is willing and committed to transition to isobutane,” he said. “We make these products for the rest of the world and it would be great from a manufacturing perspective to get them as harmonized as possible.”

Domestic refrigerator manufacturers have already invested close to $100 million in gearing up to make conventional home refrigerators with isobutane, he said.

To enable the complete transition to happen, AHAM has been pushing for the charge limit for isobutane in home fridges set by the Environmental Protection Agency to increase from 57 g to 150 g. That is the standard outside of the U.S., and the amount of isobutane needed to cost effectively produce large home refrigerators. The 57 g limit – set by the EPA in 2011 when it permitted isobutane to be used as a replacement gas under its Significant New Alternatives Policy (SNAP) program – has allowed only compact refrigerators to be made in the U.S., Messner said.

Last December, it looked as if AHAM would get its wish as the EPA issued a “direct final rule” raising the hydrocarbon charge limit to 150 g for domestic fridges, based on a UL standard set last year that raised the charge limit to that amount. However, that was pending a comment period, and in February EPA reversed course in SNAP Rule 22 after receiving a small number of “adverse comments” on the change.

But the agency said it would address those comments as it continued to consider the charge increase.

“We’re an industry that is willing and committed to transition to isobutane.”

AHAM was also eager to see the charge limit rise to 150 g because the EPA SNAP program announced in 2016 that R134a, the primary HFC used in U.S. domestic refrigerators, would no longer be allowed beginning in 2021. Given its difficulties getting the charge limit raised for R134a’s replacement, AHAM considered the 2021 deadline too soon, and requested that it be moved up to 2024. “Rushing it would not be good for anybody,” said Messner. “And another few years would have a negligible impact on the environment.”

However, that scenario has changed as a result of a U.S. Court of Appeals ruling last August invalidating the EPA’s ability to strike HFCs from use as replacements for ozone-depleting gases. Though the rule only applied to EPA SNAP Rule 20, which didn’t contain the impending prohibition against R134a in home fridges, the ruling is expected to apply equally to Rule 21, which does contain that prohibition. That would remove the 2021 deadline for replacing R134a, and it doesn’t preclude manufacturers from using R600a – results favorable to AHAM.

On the other hand, last month, the EPA said it “plans to begin a notice-and-comment rulemaking process to address the remand of the 2015 rule.” The agency added that it “intends to consider the appropriate way to address HFC listings under the SNAP program in light of the court’s opinion” and also consider “the larger implications of the court’s opinion remanding the rule to the agency.”

In addition, a bill was introduced in February in the U.S. Senate that would provide the EPA with the power to regulate HFCs; the Senate may also take up for ratification the Kigali Amendment to the Montreal Protocol, which calls for a global phase-down of HFCs.

Further complicating matters, the California Air Resources Board announced in March that it was preserving the SNAP rules on HFCs in the Golden State.

The upshot for AHAM, explained Messner, is that AHAM still wants to see the EPA raise the charge limit for isobutane to 150 g as soon as possible; that would give manufacturers certainty about moving forward with their plans for using the refrigerant in larger U.S home fridges, even as the U.S. government figures out how it wants to regulate HFCs, which Messner thinks could take a while.

Even without the EPA increasing the charge limits, the court ruling allows manufacturers to use 150 g of isobutane under standards set by UL (and CSA in Canada). But AHAM is still seeking the EPA’s endorsement of the charge limit change, which would be the quickest way to achieve it, said Messner.

“There’s the final investment that can’t happen till we know what the charge size is,” said Messner.

In preparation for the transition to isobutane, AHAM last year released guidelines for the safe servicing of residential appliances with flammable refrigerants.

Messner noted that domestic fridge manufacturers are not able to use HFO refrigerants and are not interested in using HFO blends that have a GWP up to 700. “They’d rather just go for the natural refrigerant.” 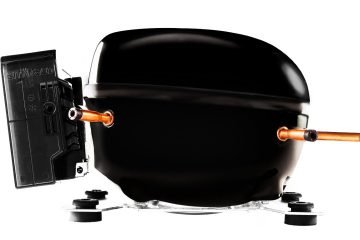 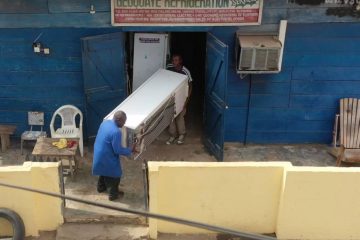