The Caribbean island nation of Grenada has identified the use of natural refrigerants, including propane (R290) in single-split air conditioners, as a key factor in reducing its greenhouse gas emissions, according to its new National Cooling Action Plan (NCAP), published this week.

“R290 room air-conditioners have proven to be the technology of choice for Grenada with regards to meeting the country’s obligations as a signatory to the Kigali Amendment of the Montreal Protocol, as well as the NDC commitments under the Paris Accord and the 2035 sustainable development plan for Grenada,” said Leslie Smith, Head of Grenada’s National Ozone Unit.

“R290 AC ‘fits the bill’ perfectly as a replacement for the high GWP fluorinated gases since its GWP is under 3 and its ODS is 0,” Smith added. “Moreover, the design, technology and the energy performance of these units are where the significant energy and climate benefits lie and clearly demonstrates that this is the best long-term solution available for Grenada currently.”

Grenada’s NCAP was prepared by GIZ Proklima, the German Corporation for International Cooperation, in co-operation with Grenada’s National Ozone Unit at the Ministry of Finance and Energy, under the Cool Contributions fighting Climate Change (C4) project.

Philipp Munzinger, who has led a number of GIZ Proklima’s clean cooling projects, spoke about the unique opportunities and challenges of implementing the project in Grenada.

“Grenada is a tropical small island with about 112,000 inhabitants in the Caribbean and hence particularly prone to climate change,” said Munzinger.

“Daytime temperature ranges at 30 degrees Celsius on average annually and will climb over the next decades, resulting in an increasing need for cooling. The Grenada Government is fully aware of these challenges and understands the need to counteract with ambitious climate policies.”

Munzinger added that “given the island’s geographic features and aspirations, we are convinced that it is perfectly suited to act as a front runner on green cooling, not only among island states.”

Shifting to NatRefs in air conditioning

Under the plan, Grenada aims to implement early, mid-term and long-term actions related to “shifting towards natural refrigerants and new technologies”:

The NCAP focuses the report on “the unitary air conditioning sub sector, and in particular on single-split AC appliances, as they are most frequently used for space cooling in buildings.”

As a result, the report states that the transition towards the use of natural refrigerants in the country’s refrigeration and air conditioning sector “can avoid about 0.022 Mt CO2e of emissions…annually by 2030 and up to 0.087 Mt CO2e in 2050.”

Grenada has already completed the installation and training of technicians in the use of R290 in room air conditioners over the past few years.

“Solid framework conditions consisting of comprehensive training of RAC technicians along with the installation of the first 30 single-split ACs that use R290 refrigerant, both within the GIZ Proklima C4 project, and Grenada demonstrating its intentions of rapid adoption of relevant normative schemes” has laid the groundwork for a future rapid uptake of the technology going forward, the report says.

Grenada is “currently one of the leading countries in adopting R290 single-split ACs, especially among importing countries without domestic fabrication.”

The technology and performance of the units themselves, however, would not be enough to achieve Grenada’s environmental goals, Smith said.

“The enabling environment had to be established to facilitate the uptake of this technology.  Therefore, the establishment of industry standards, update of policies and legislation, fiscal and economic incentives as well as training and capacity development of RAC technicians were equally important.”

In addition, there needs to be continued progress on implementing clean energy on the supply side, said Munzinger.

“The NCAP is one important building block in reaching the country’s target to be the first f-gas free country,” said Munzinger. 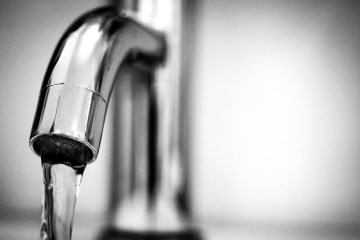