The Association of Home Appliance Manufacturers (AHAM) is working on getting the U.S. Environmental Protection Agency (EPA) to raise the charge limit for isobutane (R600a) in home refrigerators to 150 g from 57 g, so that U.S. manufacturers can economically offer full-size isobutane fridges.

But what if the engineering community came up with a way to make that increase unnecessary?

That was the question raised by Pega Hrnjak, president of Creative Thermal Solutions CTS) and research professor at the University of Illinois at Urbana-Champaign, at the ATMOsphere America conference in Long Beach, Calif., during the closing “Future of the Industry Debate” on June 14.

He aimed the question at one of the debate participants, Kevin Messner, AHAM’s senior vice president, policy & government relations.

“I believe we can make [full-size home] refrigerators work with 57 g,” said Hrnjak, who earlier in the conference had given a presentation on technology trends for natural refrigerants. “Why try to ask permission to go to a higher charge instead of pushing engineers to do our job?”

Hrnjak then challenged AHAM to create a contest that would offer a $1 million or more to the engineer who designed a full-size home refrigerator that efficiently and cost-effectively uses 57 g or less of isobutane. “I would be the first one to sign up,” he said.

“Why try to ask permission to go to a higher charge instead of pushing engineers to do our job?”

Messner did not comment on the contest proposal but encouraged Hrnjak to contact refrigerator appliance manufacturers “if you have a way to do that.” He said that a 57-g charge limit in a large home refrigerator could work “if money were no object” and two compressor circuits were used instead of one. He also pointed to the efficiency challenges of using 57 g.

Hrnjak responded by saying it may still be possible to design an isobutane home fridge meeting AHAM’s cost and energy requirements. “In engineering, very often if something looks unreachable, there will be a way to get it done.”

Messner said that AHAM’s manufacturers have made a commitment to offer isobutane in full-size home refrigerators by 2022. “We’re going to be there as soon as we get the charge [increase] done, and we’re fairly confident we will,” he said. “Then we won’t need to rely on 57 g.”

Messner pointed out that 150 g is the standard charge in home refrigerators outside the U.S., allowing isobutane refrigerators to be marketed at scale around the world. Last year, UL raised the hydrocarbon charge limit for its safety standard to 150 g from 57 g, setting the stage for the EPA to issue a “direct final rule” following suit. However, in February the EPA reversed course after receiving two “adverse comments” on the change, though the agency is planning to address those comments as it continues to consider the charge increase. 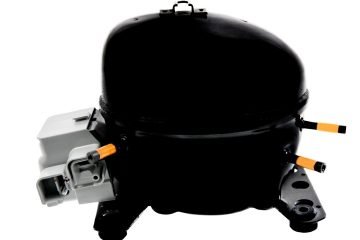